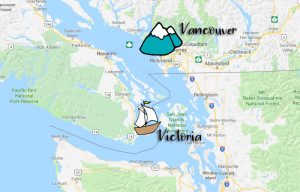 We have discovered that Victoria, this beautiful little harbor town on the tip of Vancouver Island, is essentially Florida for Canadians. Let me explain.

Victoria has a very mild climate with little to no snow, which means it is a desirable retirement destination. Already one of my assumptions about Canada has been wrong. It is NOT cold! At least not yet.

And in this lovely town of grandparents and slow food service we managed to stumble upon a Bug Zoo. Why, Lord??? Why did Lizzy have to notice the Bug Zoo??? 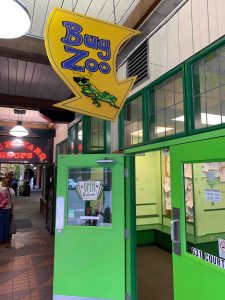 We stepped inside and I immediately felt like things were climbing up my back. Then I noticed Christopher had his fingertips lightly on my sweater and he got a swift slap of the hand! The Zoo was small and a guide explained what each terrible bug was and why you shouldn’t be afraid of it. I was unconvinced. Then he had the audacity to get the bugs out of their tanks! Why, Lord??? Why??? And it was at this moment that I learned just how much more courageous my child is than me. Lizzy was willing to hold some truly terrifying bugs. Christopher had the unpleasant job of holding Lizzy while she held the bugs. He put on a brave face, but he wasn’t a fan either.

Once the horror of the Bug Zoo was over, I decided we needed something calm and pristine to round out the day. We discovered that Victoria has several hotels that offer a British-style high tea so we booked one for the big girls (no baby Katie).

My mom and I had the pleasure of taking Lizzy to her first real tea party. The tea was set in a white Victorian style house that now serves as a bed and breakfast. 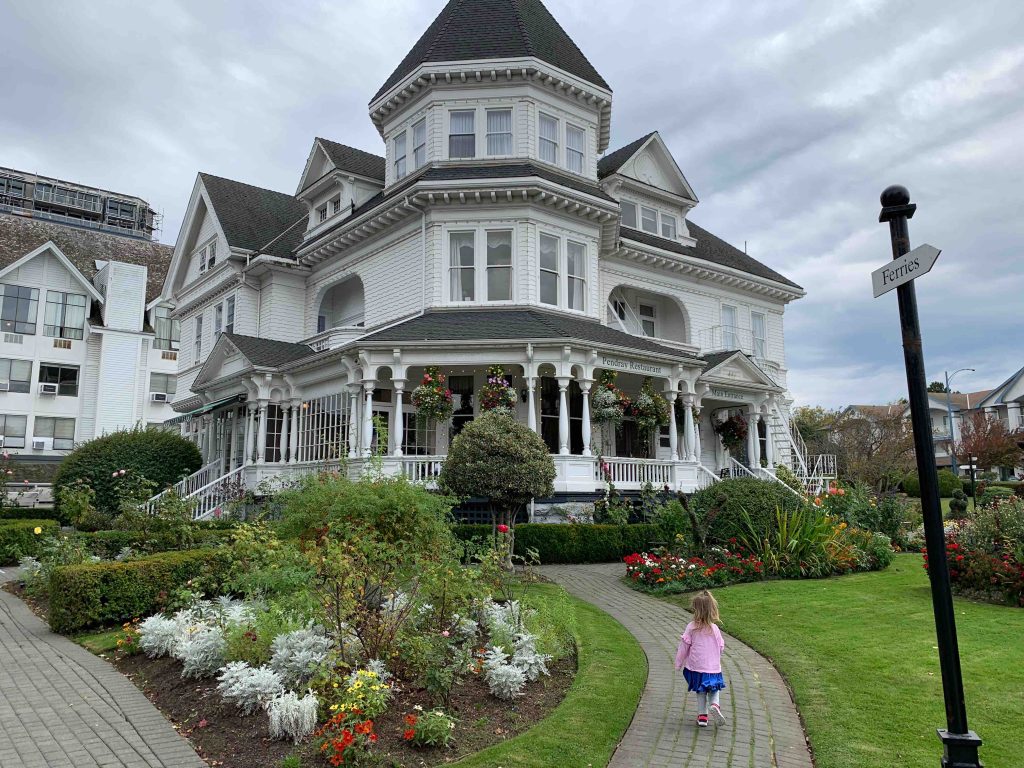 The entire experience was relaxing and dainty until, in the middle of a nearly-silent tea room, Lizzy yells out, “Mommy! I have to poop!” So I quickly escorted Lizzy out of her seat as my mom drowned her giggles in another sip of tea. 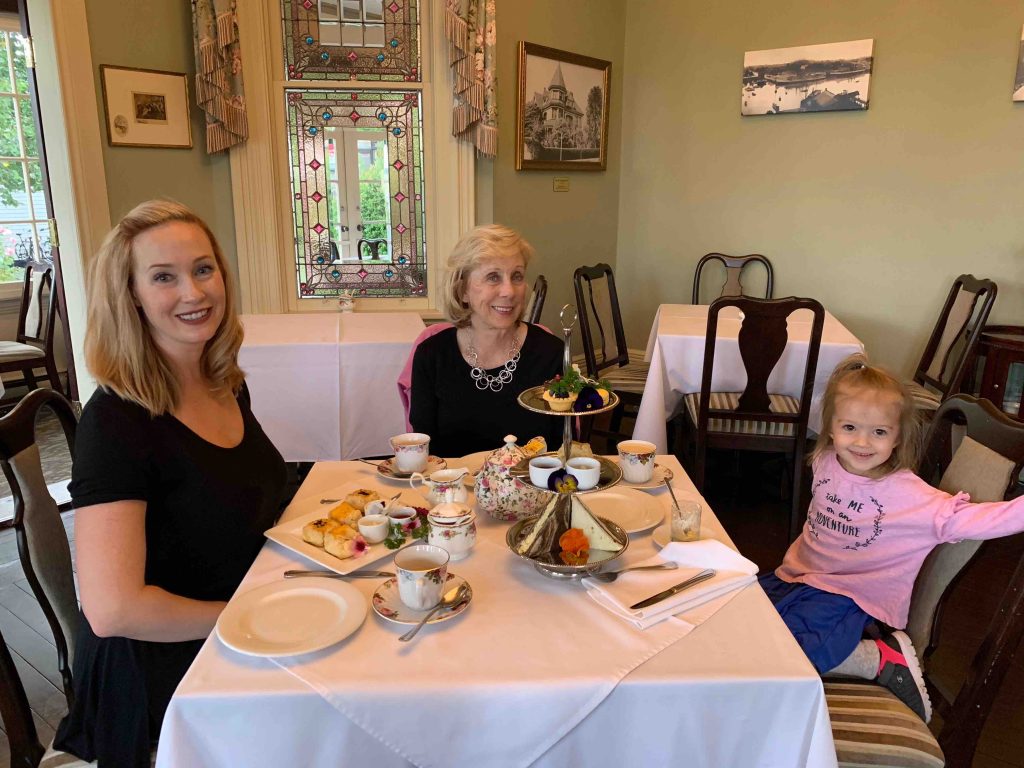 Once tea was over Lizzy pointed out a bench in the front gardens. She said, “Please sit here for a minute. I need to run around.” And she proceeded to run in circles around the garden. Three-year-olds keep it real.

On Sunday we travelled to Vancouver amid an ever-present mist. The city was cool and cloaked in grey. 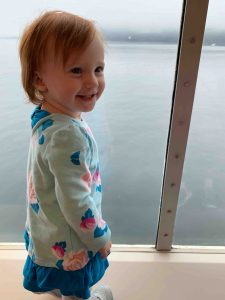 We met our AirBnB host at a Starbucks and she took us to our apartment. The entire time we spoke with her I kept thinking that she must have originally lived in Eastern Europe. Her accent was so hard to place. It was light, but distinctive. When I asked where she grew up she told me she was born and raised in Vancouver! Again on the elevator we ran into a young man with a similar accent. Of course they said the standard things associated with Canadians like “eh” and “aboot” (about), but there’s more to it than that. It’s almost like the American accent, but not quite.

I tried to find a good YouTube video of a Canadian accent and I failed, but I DID find this great video of Jim Carrey doing stand-up in the 90’s about being Canadian. Also, I had no idea Jim Carrey was Canadian! In fact, several famous folks are Canadian. I’ve included a list at the bottom of this letter.

We woke up Monday and got our first good look around the city. Vancouver is this bustling metropolis surrounded by placid waters. When I asked Christopher to help me describe Vancouver Harbor he called it “wet,” “boat-filled,” and “blueish.” I’m on my own here, guys.

As we walked towards our destination we noticed that the city had a distinct smell and that smell was pot. Christopher kept declaring that it must be legal here because people were smoking it without discretion. I looked into it and marijuana (recreational and medicinal) will be legal in all of Canada starting October 17, 2018, but everyone here has “started the party” just ahead of legalization. Maybe this is why the locals are so mellow?

Traveling with children means that you see different parts of the city than you would otherwise see. As a couple you might seek out an art museum or a club, but with kids, you opt to check out Science World; an interactive science museum. We told my parents that they didn’t need to join us. They were welcome to explore the city on their own. But the school-teacher and the physicist were quite happy to come along. Science World was huge, awesome, and populated with several adults sans kids. Science is fun for everyone!

Every adult in our group (the engineer, the physicist, and the school-teacher) looked at each exhibit and, using their superior mind-powers, discerned how the exhibit worked. On the other hand, Christopher says to me, “Look how interesting this is. It’s changing the wave length,” and I say, “Oh my gosh, it’s magic! There’s no other possible explanation!” I’m thinking of having my birthday party here next year.

The top floor exhibit was designed for children 0-5 and so that is where we spent a large chunk of time. Posted around the room were signs describing the importance of play in child development. These signs spoke so directly to my mama heart that I took pictures of each of them. Children are not meant to learn pinned behind a desk. Each child is a little scientist who wants to put her hands on the world. Let her. Take her on that adventure. 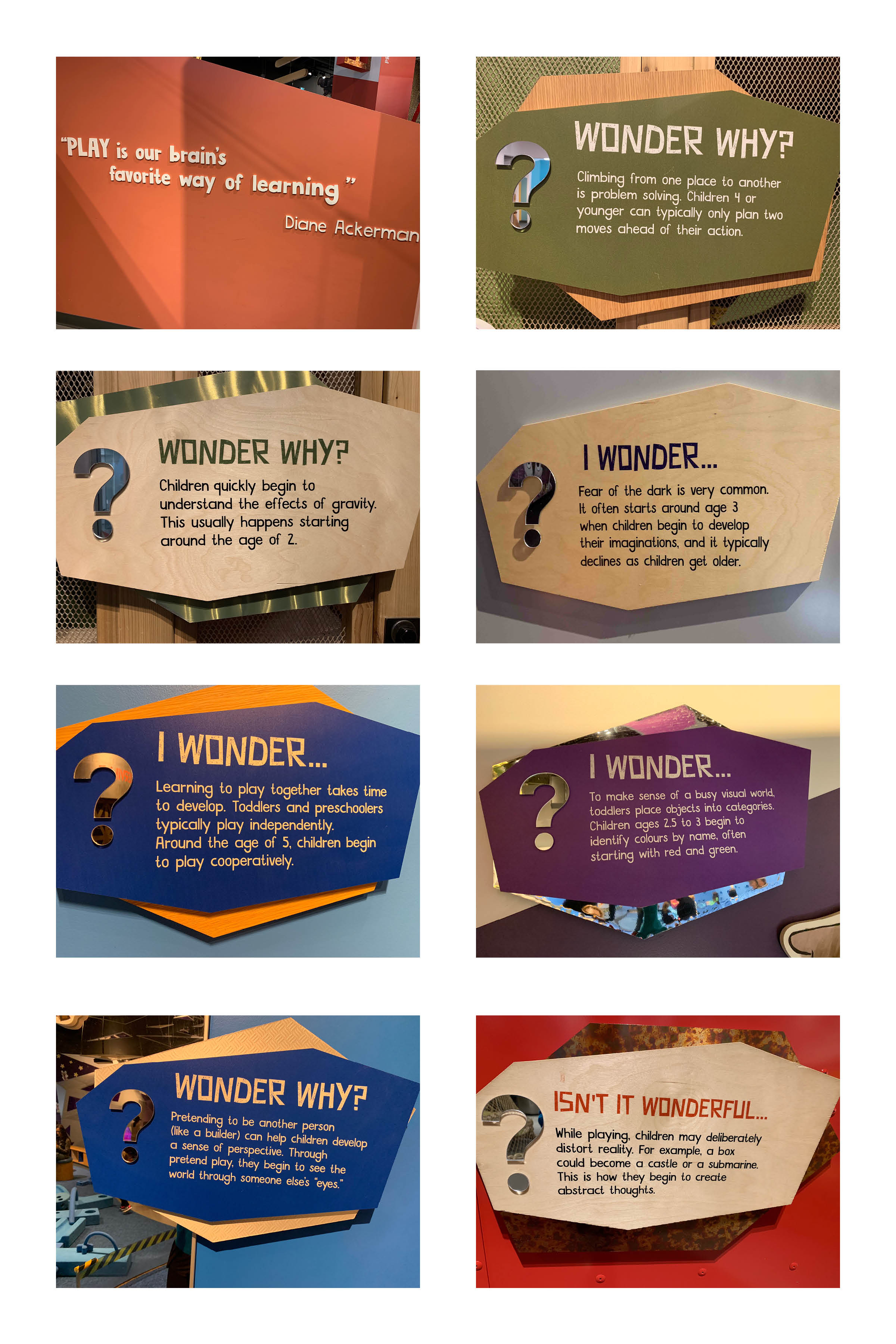 Sending you love from Vancouver…

10 Famous Folks I Did Not Know Were Canadian:

There are a ton more. Check them all out on this IMDB list.

Jim Carrey does stand-up about being Canadian.