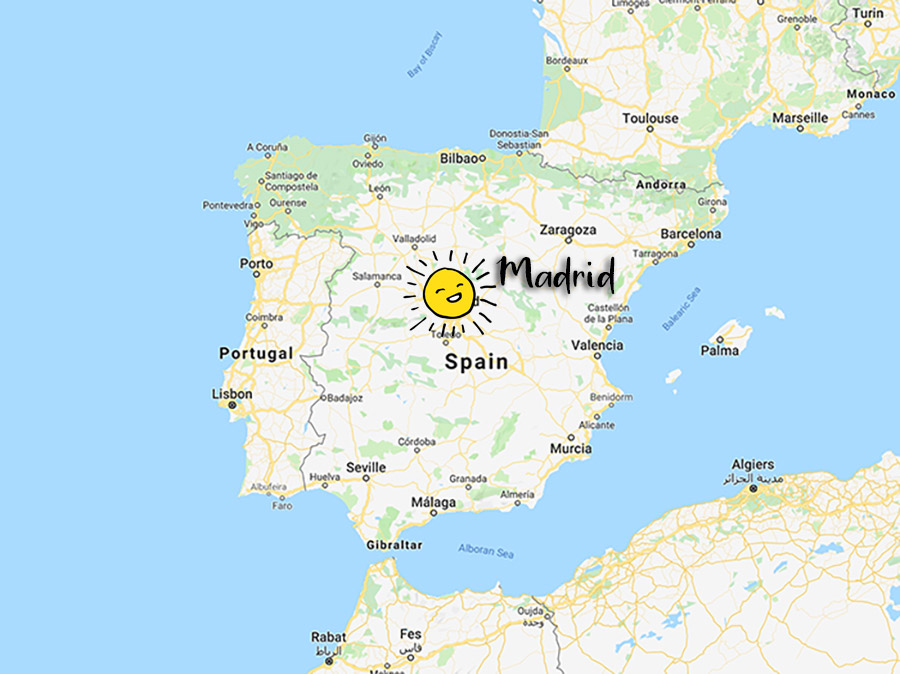 There is something weird about the time in Spain.  And it isn’t just that the restaurant service is unbearably slow.  No.  It’s more than that.  The schedule here is…different.

We are a family of night owls, but the Madrid schedule puts our “late-night” credentials to shame. We first noticed this phenomenon in restaurants.  More than once we have gone to eat at 7:00 pm and we are the only ones in the whole place.  At least that speeds up the service (a little).  Next we noticed that some restaurants don’t even open until 8:00 PM.

One Sunday we walked by a children’s carousel at 6:30 PM and it was closed.  We assumed this was because it was closed for the evening, but it was actually the opposite.  The carousel then opened at 6:45 PM!  Children do not show up to parks until 6:00 or 7:00 PM and then families go to dinner around 9:00 PM.  It is not uncommon for children to be out on playgrounds at 10:00 PM or walking the streets with their parents at 11:00 PM.

Why is Madrid operating on such a late schedule?

Is it the fact that the summer sun doesn’t set until 10:00 PM?  Is it the late night heat?  Is it just the result of a laid back Mediterranean lifestyle?  I went digging and the truth is even more interesting.

From 1936-1939 Spain endured a brutal Civil War.  When the dust settled, General Francisco Franco ruled Spain as a dictator. Franco’s rebellious army had received military assistance from both Nazi Germany and Fascist Italy.  So, in 1940, Franco shifted Spain’s clocks forward 1 hour in solidarity with Hitler’s Germany.

This time shift remains in place today, over 70 years later.  So, even though geographically Spain is part of Western Europe, Spain remains in the Central European time zone.  This means that in the summer (while we are here) the sun rises an hour later at 7:00 AM and does not set until almost 10:00 PM.

The result is that the Spanish live a very late lifestyle and we have begun to follow along.  We are struggling to put our children to bed before 10:00 PM because the sun is up until then!

Luckily the girls and I get to lay in bed until 9:00 AM (or so) when we roll out of bed and notice the world.  Christopher, unfortunately, still has to get up and go to work.  But I seem to remember being up for a lot of late night nursing sessions while he was sleeping peacefully.  So I might consider calling it even.

We’ve had a busy week running around Madrid.  Here are just a few of the things we were able to see…

On Monday we decided to drive outside of the city and check out the local amusement park.  It was called Parque Warner Madrid because the park is owned and operated by Warner Bros.  So, in an ironic twist, the entire park was themed with Los Angeles and movie production décor.  Where else could we see Grauman’s Chinese Theater??

Chris’ coworker, Raul, and his 4-year-old son, Ruben, also joined us at the Park.  Little Ruben speaks English very well and made a great playmate for Lizzy.  Once Lizzy understood that he could speak two languages, she began to make a much more sincere effort to learn Spanish words and entertained everyone at the Park trying out her “hola” and “gracias.” 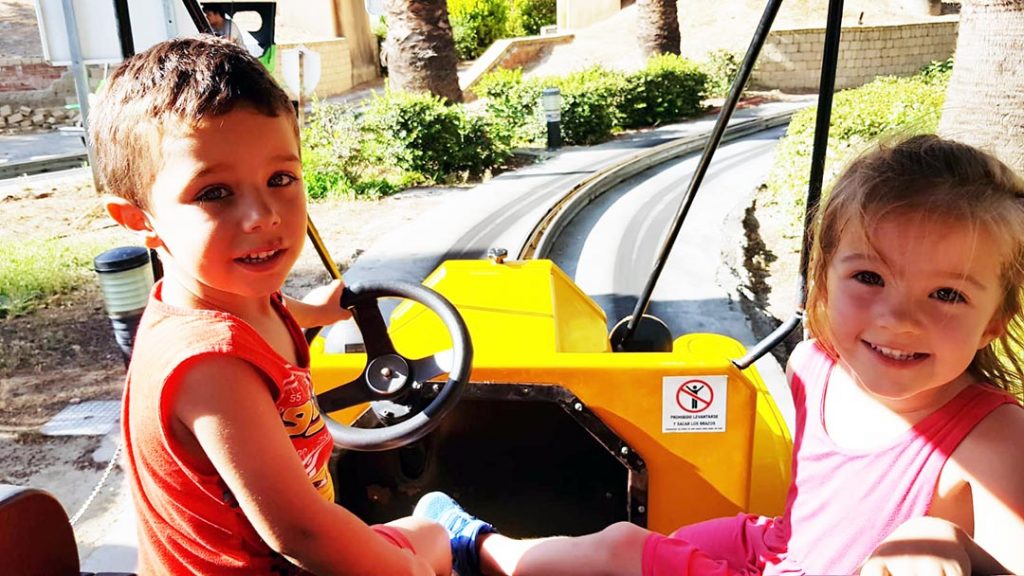 On Wednesday I hustled the girls down to a local Summer Camp.  I’ve cared for them (mostly) alone for 12 days.  I was ready to PAY to have help.  Lizzy was taken with the 4 and 5-year-olds to an adjacent park while Katie stayed at the indoor facility with the other 2-year-olds.

The Summer Camp was cute, although slightly different than a U.S. summer camp.  The 2-year-olds needed to do a painting activity, so rather than place smocks on the children, they simply stripped them down to their diapers and let them paint naked.  When Lizzy returned from the park, she regaled me with tales of children peeing in the grass.  I happen to know that park had bathrooms, but I suppose they felt they didn’t need to search out the bathroom when they were surrounded with perfectly good grass!

Although we have been busy seeing the sights on weekends, during the week I really haven’t been able to immerse myself in Spanish life like I had hoped.  Most of the activities I would have enrolled the girls in have closed for summer.  Thus far I have limited our excursions to locations within walking distance, but on Thursday, I decided that I needed to learn to take my girls on the metro ALONE (without Daddy).  I found the idea totally overwhelming, but if I can drive on the wrong side of the road in Australia, surely I can navigate the Spanish metro system.

One major obstacle is that many metro stations do not have elevators.  So imagine me standing alone at the top of steep stairs with a 2-year-old, a 4-year-old, a full backpack, and a double stroller.  How on earth am I supposed to get down all of those steps? And what do I do with my kids??? There was only one way to find out.

I steeled myself up with an enormous coffee and set off to figure it out.  When we reached the metro I put Katie onto my back in the baby carrier, I put the backpack on my front, I folded up the stroller, and I trusted that Lizzy could handle the steps alone.

We were doing great until I encountered the turnstile.  A word of advice, place the stroller over the turnstile rather than trying to shove everything through simultaneously.  You will save yourself some bruises and embarrassment.

On the metro platform, I was sure to hold Lizzy’s hand the entire time.  But all in all, we figured it out.  I found our endpoint and didn’t lose any children in the process.

Our destination was only the other side of the local Retiro Park so we could see the rose gardens and the crystal palace.  The process of getting there was more important than what we went to see.  But, luckily for the girls, this side of the park also had birds to feed and chase, so they felt it was a success.

Finalmente, this weekend we were able to see the Royal Palace of Madrid (Palacio Real) and it did not disappoint.  The Palacio Real was built in the mid-1700s after the original defensive fortress burned down.  We are talking about a serious Palace here, not a castle.  The Royal Palace is one of the largest in Europe with over 1 million square feet of floor space and over 3,400 rooms!  Thankfully the tourist portion only takes guests through the most important rooms.  Lizzy felt certain that she would be happy living at the Palace.  Katie’s only opinion was that I needed to sit in the King’s throne so I could nurse her.  I just felt sorry for whoever had to clean all of those floors.

It has been a week of hot weather and late nights.  We are getting into it now.