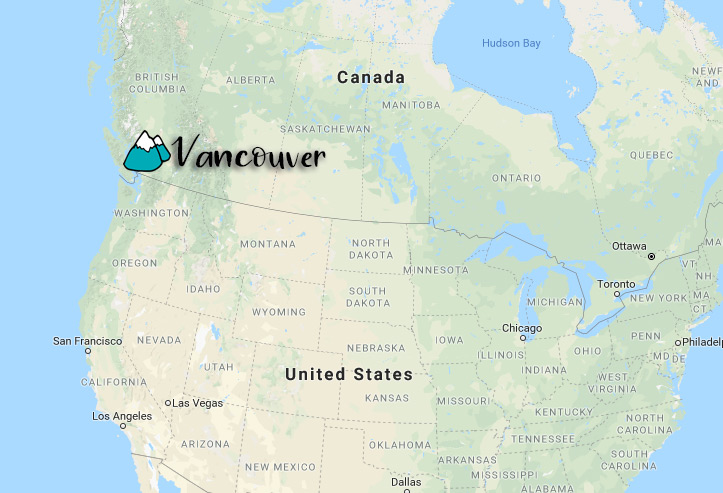 Vancouver is stuffed with high-rise buildings.  Our AirBnb apartment is on the 32nd floor with a perilous view over the balcony, if you’re willing to lean out and look.

I have discovered that Vancouver has the highest population density of any Canadian city.  So while Vancouver seems clean enough (for a big city) and offers views of mountains and the harbor, it’s also tainted with exhaust and lacking in open spaces.

So, once again, we trekked out to Stanley Park to check out the beautiful natural landscape.  Skipping out to a park is always a good option when traveling with kids.  It gives our girls a chance to run free and (sigh) fall in the mud, but it’s still worth it.  We will just remain thankful that we have a washing machine here.

Stanley Park has playgrounds for kids as well as a splash pad in the summer months. But most visitors come to enjoy the totem poles and the sea wall.

Like the United States, Canada has a rich history with Native Americans.  Historians estimate that tribes were living in the British Columbia area at least 10,000 years ago.  In Canada, these groups have collectively adopted the term First Nations Peoples.

“The totem pole was the British Columbia Indian’s Coat of Arms.  Totem poles are unique to the North West Coast of B.C. and lower Alaska.  They were carved from western red cedar and each carving tells of a real or mythical event.  They were not idols, nor were they worshipped.  Each carving on each pole has a meaning.  The eagle represents the kingdom of the air, the whale the lordship of the sea, the wolf the genius of the land, and the frog the transitional link between land and sea.” (Stanley Park Indian Totem Pole Informational Plaque) 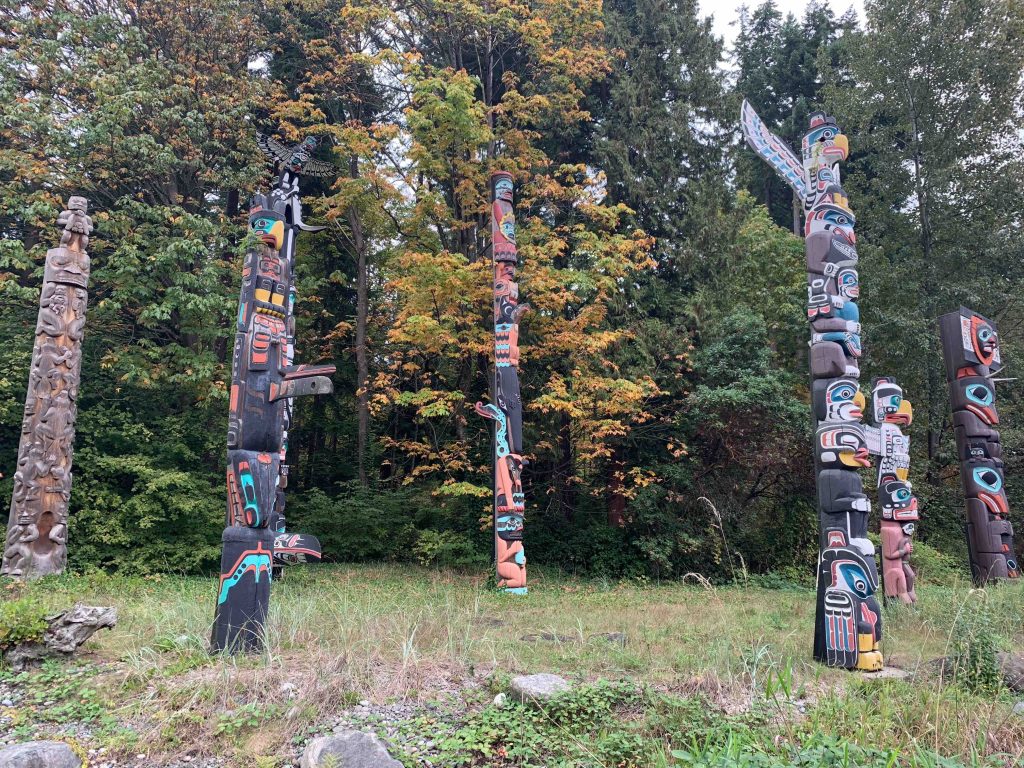 I was excited to see some real First Nations totem poles, until, upon reading the plaques, I learned that most of them had all been carved in the 1980s. Luckily no one added any permed hair or walkmans to the carvings. But it was a little disappointing. Very few old totem poles exist because the moist costal atmosphere of the Pacific Northwest causes the poles to rot and fall within 60-70 years. Then I noticed this nervous dude and I found my smirk. He’s supposed to be a hero riding a killer whale, but I dunno. To me, his expression says something more along the lines of, “oh —-, I slipped down this pole and now I’m sterile.” 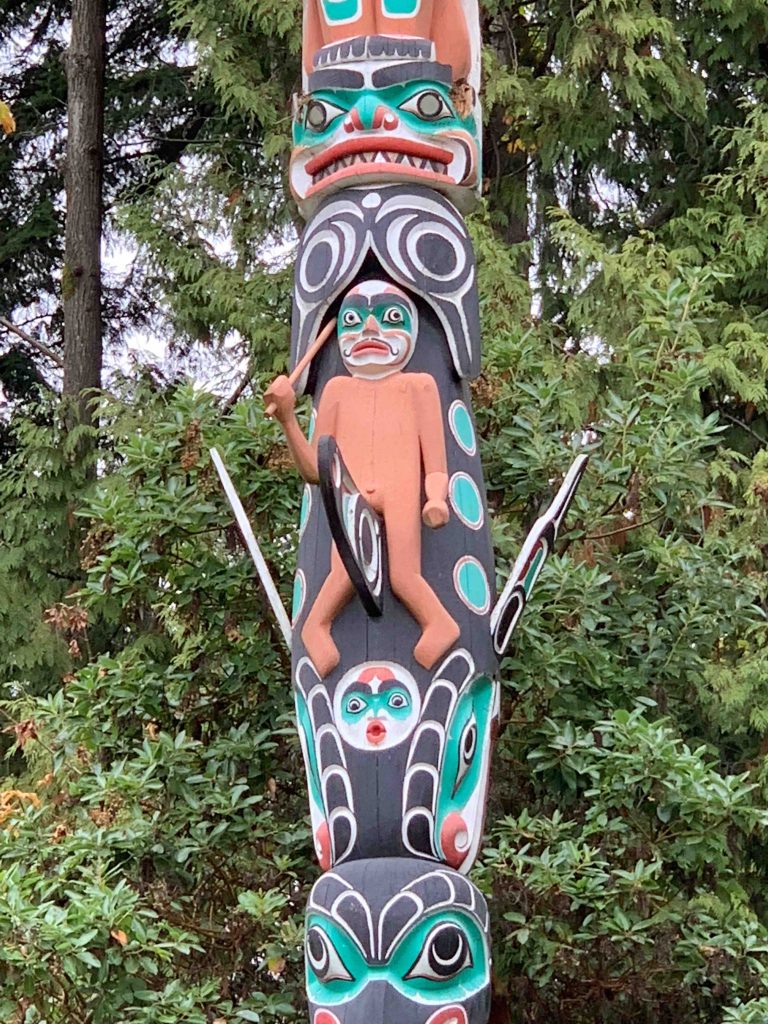 The entire day at Stanley Park was a nice break from the horns and sirens of the city.  It was not, however, a break from Lizzy singing Jingle Bells at the top of her lungs.  She provided background music for everyone else’s “tranquil” walks along the water.

On the last day of any vacation, we opt to return to a favorite spot.  It’s a nice way to relax before packing up.  So we made our way back to Granville Island for some yummy local food and shopping.

So what did we learn in British Columbia?

→  We discovered 3 terms that are different from the USA.

I’m sure there are others, but those are the only ones we came across.

→Their money is so much cooler than ours.

→The local food was delicious, but the dishes were pretty similar to the USA. We did find these strange ketchup chips everywhere. 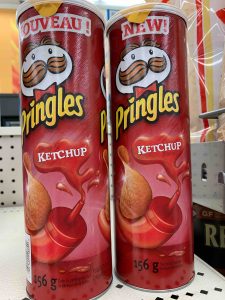 →The waiters are knowledgeable and kind, but the service is incredibly slow. Probable because the waiters are having long, relaxed conversations with their tables.

→Vancouver has a huge homeless population, but no one ever asked us for money. It was odd. Especially since Christopher is a homeless guy magnet.

→The Canadians are so polite and genuine. Like, hold the door for you even though you’re still two blocks away, polite. It’s different from the enthusiastic handshake and hug of the USA Southern States. It comes across as a gentle kindness.

So should you travel there?

British Columbia is similar enough to the USA that it is not daunting, but different enough to be interesting.  If you want to try your hand at an international vacation, but you’re intimidated by long flights and foreign languages, Canada would be just perfect.

Thanks so much for joining us on this trip!  Until next time! 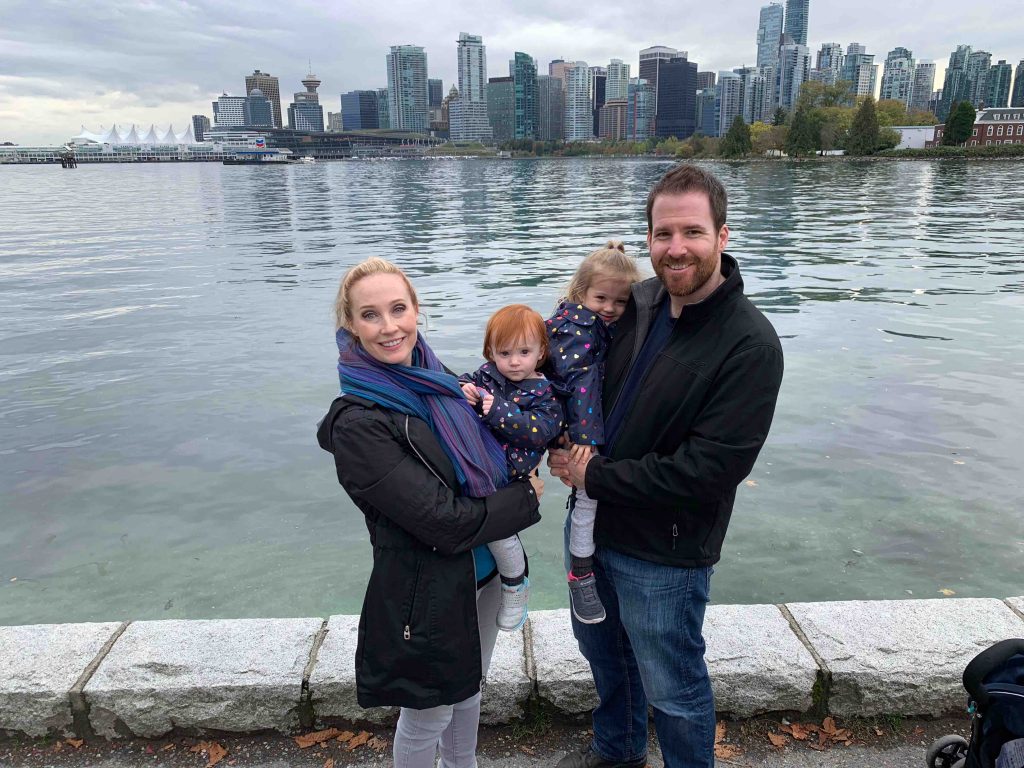